Joshua Lue Chee Kong is an artist and designer with a keen interest in exploring and redefining cultural uniqueness and identity, and transcending racial and social barriers. Joshua recently completed a two month residency at Red Gate in Beijing.

CR: You’re originally from Trinidad and Tobago in the Caribbean, but have Chinese ancestry and relatives still living in China. Had you been to China often before this residency?

JLCK: It is true that I am from Trinidad and Tobago, I am a second generation Trinidadian as my father was also born here. However my mom is from China, as well as my grandparents on both sides of the family. I have been to China on many occasions before doing this residency. My first trip was in 1994 when I was six years old to visit my maternal family who are Hakka Chinese living in Qingxi Village, Guangdong. As for Beijing, this would make it the second time I have been to city since 2004, where it seemed like a different place before the Olympics.

CR: You went to Shanghai with your father in 2010, and then continued to travel the country, documenting the journey in your photographic book 1.3 Billion + 1. Tell us a bit more about this project.

JLCK: Yes I almost forgot I did that project, it was really a fun little project documenting my time in China, the consumerism, the vast numbers of people and the raw exposure of the culture. The primary purpose of that trip was to see the Shanghai World Expo that was happening around that time, as my father really wanted to see it. I personally didn’t really enjoy it that much, as we were part of a tour that entire time. It felt too manufactured, a controlled tourist trap that forced you to buy more stuff, which is not a good combination for me. Thinking back I think I did this book just to take my mind away from that stressful moment. As I enjoy the experience of the moment and having an unguided trip to any space I visit, as it creates better memories for myself.

CR: What motivated you to undertake a residency at Red Gate?

JLCK: I undertook the residency at Red Gate because it was located in Beijing, which for me was the center for Chinese contemporary art, where Red Gate is the largest contemporary gallery in Beijing. Since this would be my first international residency, I thought it would be perfect to view China without my family or the guided tours. Another reason is that I have been following artists such as Yue Minjun, Zhang Huan and Ai Weiwei online, and their work have fascinated me as their each offer their own perspective on the present Chinese culture. Which is why I wanted to get my own exposure of the culture and see what I can take away from that experience.

CR: Your practice spans across photography, design, sculpture, and activism. Did you plan on exploring a specific project idea in China, or were you looking for inspiration on the spot?

JLCK: Creativity is my outlet in exploring my surroundings and I experiment with many different ideas. However my one main objective was travelling to Guangdong province, to find out more about the Hakka Chinese culture and about my family history. Returning to Trinidad, I plan on making new work based on my time there at Beijing and writing about my discoveries.

CR: Tell us a bit about the project(s) you worked on while you were there:

JLCK: Being in Beijing I was able to do some research on my family bloodline, as I was able to visit my family in Qingxi village. It was there, I was shown the ancestral hall that belonged to my family for the last 300 years. That was something really special and I was able to photograph that entire moment. The details of the buildings and the green enamel name plates of the previous generations on the altar. This was totally new to me as I was never shown this and it is amazing what you can discover once you know what to look for. I also did some small sculptures on some Kidrobot Munnies I got, which were based on the Buddhist statues and architecture. Yonghegong (Lama temple) is a perfect example, where I got most of my inspiration. During an opening at the China Central Academy of Fine Arts, there was few demonstrations about 3D printing and I was able to collaborate with one of the companies to help 3D scan my sculptures. Now I am able to have a 3D record of my work and the ability to reproduce my work through 3D printing. 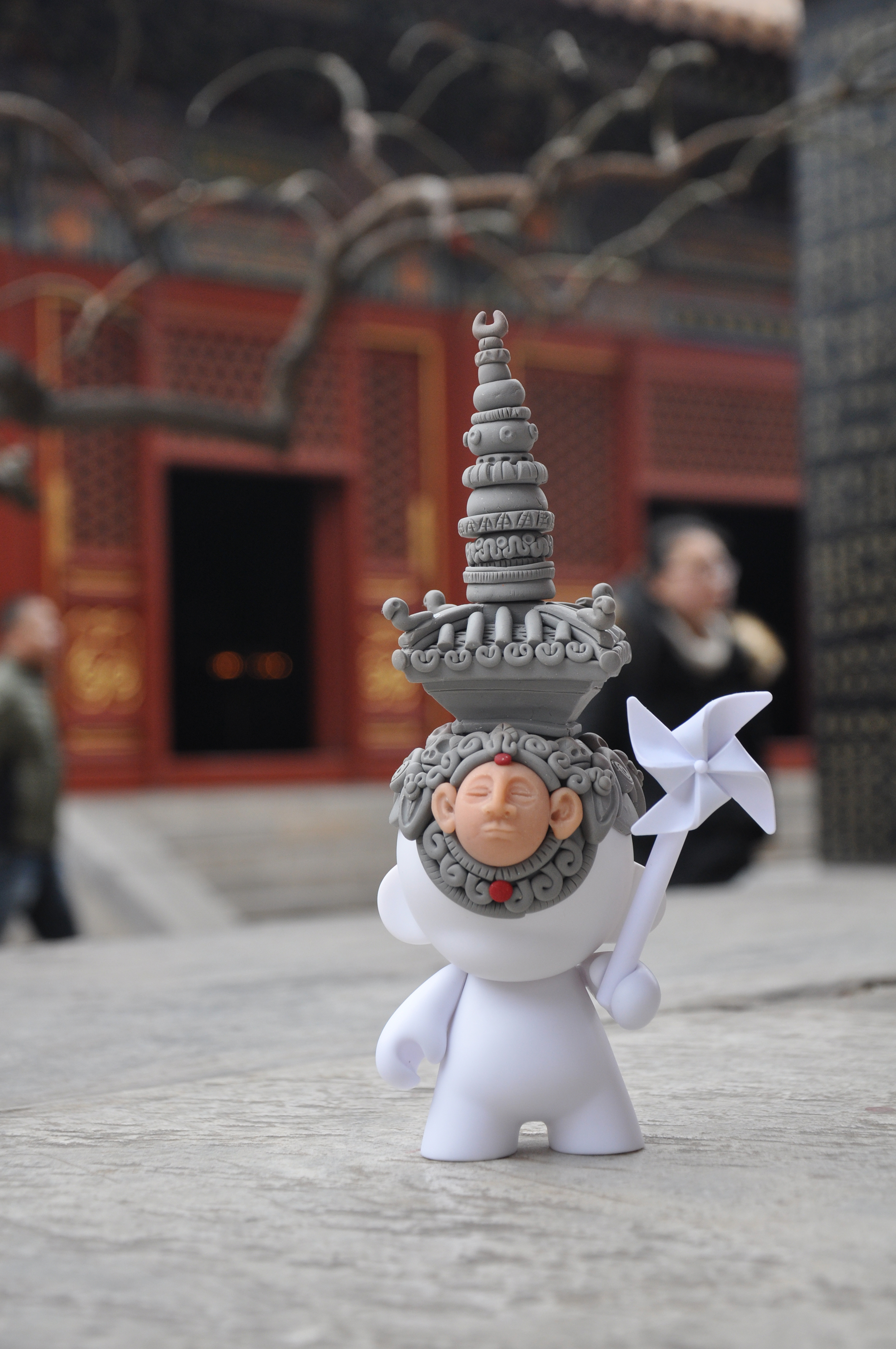 CR: You stated that part of your interest in applying to Red Gate’s residency was to delve more into your Chinese-Caribbean identity. How did you perception change after your residency? It’s an almost impossible question, but do feel more Caribbean, more Chinese, or neither as a result?

JLCK: You really got me between a boulder and the great wall with this complex question. One needs to imagine the confused looks of the locals as I try to explain where I am from and why do I look Chinese while I was not born in China creating an identity paradox for them. This happens very often and the shock looks of having someone speaking to you in Chinese only to realize that you do not know the language. It is intriguing how one’s identity can morph based on their appearance or language. For instance in Trinidad I am referred to as a “Chinee” while ironically in China I am anything but Chinese as I have been called Korean, Japanese or Indonesian because of the larger diversity of Asians that can be found in China as compared to Trinidad and Tobago with a population of 1.3 million people. With China having a population of a few billion citizens, it has been easy for me to blend with the general population. Creating a sort of natural disguise for myself as an outside observer. It is a unique ability that takes advantage of this identity paradox fostering my creative process as it impacts my experience of the space on a subconscious level. To put it simply I am Trinidadian, I can’t escape from that truth since it is already ingrained in me but at the same time I don’t deny my Chinese origins.

CR: You’ve campaigned to preserve a historic church in Port of Spain, and documented demolition in Savannah, Georgia. How did you react to Beijing’s approach to landmark preservation and demolition?

JLCK: My stay in Beijing was not long enough to see any demolition first hand. However I have seen the aftermath of some Hutongs being destroyed and some being converted for commercial use. Therefore I think Beijing dances on a find thread between progress and preservation, as I think the government has a understanding how these historic sites can bring income to the city with tourism. This does not happen in Trinidad as many of the historic buildings are not utilized properly or have fallen to disrepair because of the lack of maintenance. There is no proper recognition of our history, as most do not see the value of it.

My campaign to save Greyfriars church in Port of Spain, Trinidad was an uphill battle from the get-go and give me first hand experience of the ugly side of progress. As I knew that it was not going to be preserved from what I have read in the local newspaper from the owner. Lucky for me I am member of Citizens for Conservation, an NGO with a lot of passionate people that are in favor of preserving of what past still remains. We still have a long way to go and it will be a challenge to change that habit as we move into the future.

CR: Did your work or practice change significantly from your time in China?

JLCK: I don’t think my work changed because of my time in China, as my work is always changing no matter the circumstances and also that my stay in Beijing was too short to have any major impact in my work. However I must say I got more inspiration for my work as a designer and as a sculptor from being in the city. It also helps to have a camera as I am able to photo document all of the things that inspired me.

CR: Did you have a chance to show work in Beijing, as part of an open studio or an exhibition?

JLCK: I think I came at a bad time to Beijing to show any work, as it was both winter and Chinese Lunar New Year. Maybe the next time I go to Beijing will plan things better.

CR: Did collaborations occur with other Red Gate Residents?

JLCK: During my residency I was able to interact with the other residents and have many lengthy discussions about art and about each other’s work, which was a big bonus for me. I am also currently working on collaboration with one of the artists and is still very much a work in progress.

CR: What was Red Gate like as a place to work? What was the atmosphere like in the studios? What did you think of Beijing’s creative and artistic scenes?

JLCK: The studio that I was stayed at was located in Fei Jia Cun, an immigrant village on the outskirts of Beijing. It has a small community of local and international artists in that area which adds a good mix for the space. It was great seeing these other artists working in their studios and also the village life was quite an experience itself, as I got to see a whole other side of Beijing, which you don’t see on the tourist brochures.

Beijing artist scene is very progressive because of the constant exchange of international artists interacting with the local artists in spaces like I:Project Space and Intelligentsia Gallery. Two very independent art spaces located in the hutongs, both run by very passionate artists and curators. It is because of spaces like these that will make Beijing an art center for a new generation of artists.

CR: Overall, what experience, adventure or encounter will stay with you from this time?

JLCK: The one experience I will never forget was being at a rooftop house party in Beijing for Chinese New Year. There were fireworks the day before New Years but as soon as the clock hit midnight, the city was literally covered in a layer of colorful explosions. With the smell of burnt fireworks and the array of lights that reflects off from the buildings; creates a very magical landscape I have never before witnessed. While on the streets, people were lighting firecrackers and the shopkeepers near Yonghegong Lama Temple were burning paper blessings for the New Year. 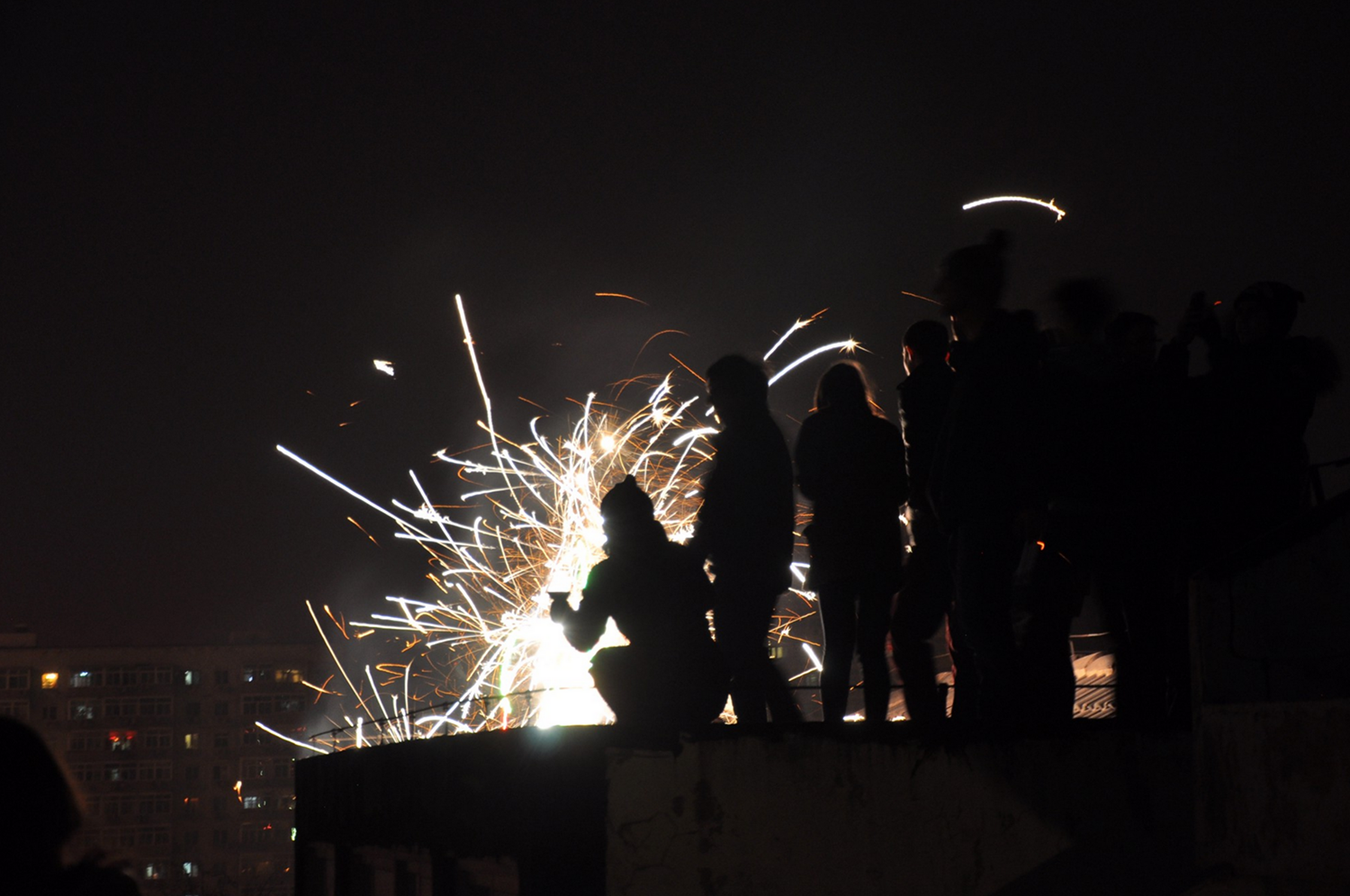 CR: Did you feel like two months were enough time to accomplish what you’d set out to do, or do you feel like more time would have been beneficial?

JLCK: I do not think two months was enough for what I had to do and ideally three to six months would be better, but unfortunately I am not able to fund myself for that long period. However, I did the most I could have done during my residency and I think that was enough for the amount of time I was given.

JLCK: I am always going back to China to see family and China is really too big of a place to just go once.

This interview was conducted over email by Kira Simon-Kennedy for China Residencies.

All images by Josh Lu, read and see more about his time at Red Gate on Medium.