China Residencies: Hello! It's so nice to catch up. To start, PLATESPACE was established in 2018 in Beijing, if I am correct? Can you tell us a bit about how the idea for establishing an art space in Beijing came about?

PLATESPACE: Likewise, it is a pleasure talking to you! PLATESPACE was officially set up in October 2018, as a project space for personal projects. In the last three years, we have done shows in three different kinds of independent spaces in the city, and have collaborated with museums, galleries or commercial enterprises. We have programmed around 100 projects, which range vastly in their forms and setups - from talks, performances, small-scale exhibitions to activities with school kids. It's really hard to define PLATESPACE by limiting it to its physical space, or exactly what or who is behind it: for us, PLATESPACE is better described as a nomadic project.

Running PLATESPACE entails a natural growth process. As I have mentioned before, it started out as an experiment for my personal projects, which grew into what exists today: an invitation for fellow artists and creatives to collaborate. A lot was unplanned in the beginning  - all the ideas and projects came about through mutual agreements and discussions. Of course, the way us two founders both traveled and lived abroad definitively impacted our work. We visited over a dozen countries and regions and we brought back a lot of inspiration and ideas from our travels.

CR: You mentioned two people behind PLATESPACE. Could you introduce yourselves, as well as what your backgrounds are?

PS: PLATESPACE was founded by me, Pan Guanqun (潘冠群), and my co-founder Liu Chang (刘畅). However, since we operate in a nomadic manner, this means that people might join and co-host from time to time, depending on the project. I was born in Beijing, and graduated from CAFA's oil painting department. I have been working as an artist ever since. Chang was also born in Beijing and graduated with a major in communications from the Beijing University of Technology. 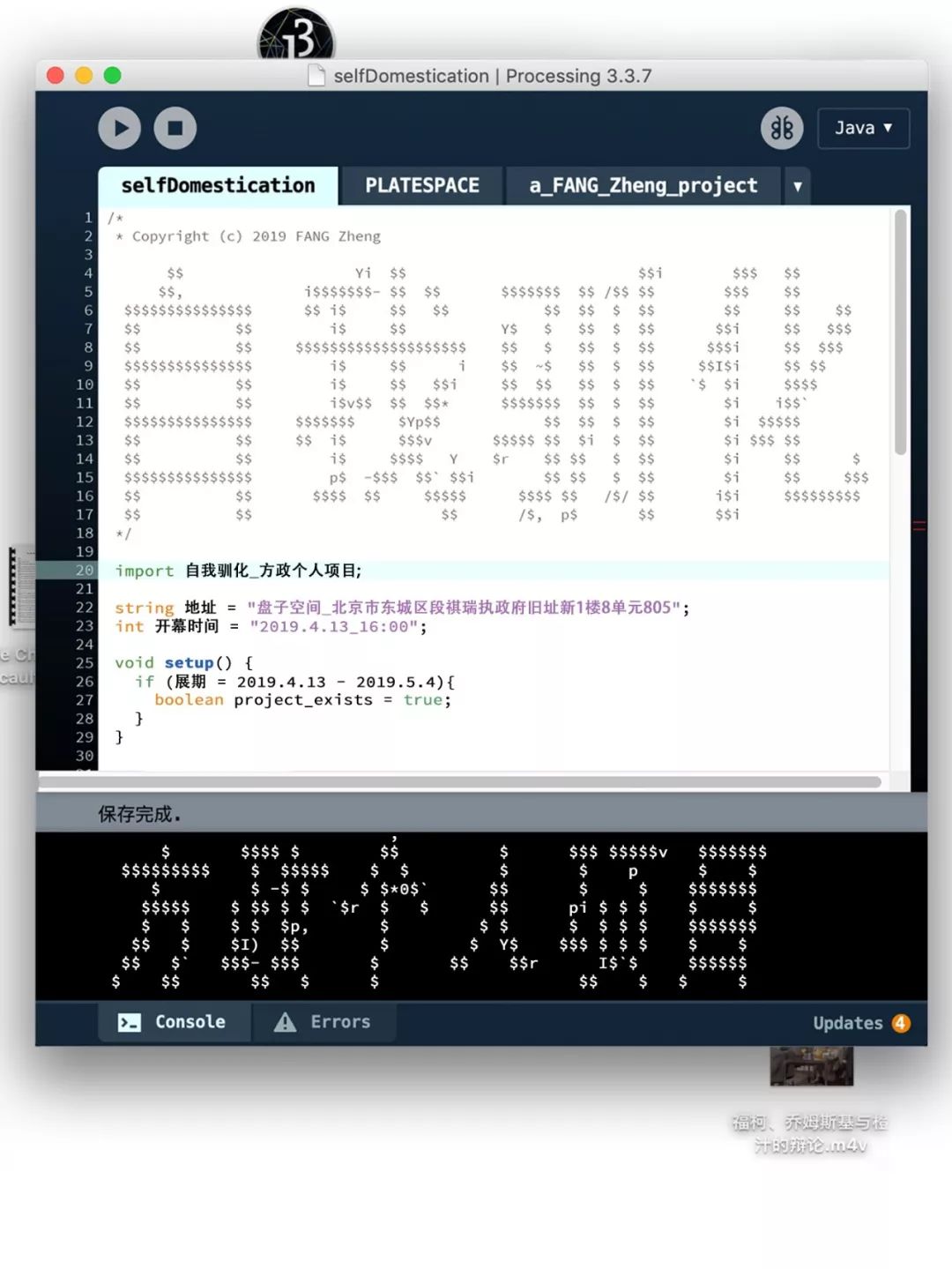 CR: Thank you for the introduction. Now, how did you come up with the name PLATESPACE?

PS: We first came up with PLATESPACE in English, drawing on the many different interpretations a plate could have. For instance, a plate could mean something made out of metal. Sheets or plates (板) made out of hard materials could be used to build up structures. At the same time, a plate is a perfect carrier for things, which can be yet again translated into the practice and physical space which PLATESPACE bears: it should be experimental, open, and shall have enough capacities to withhold or bear enough weight, in that sense.

The Chinese version 盘子空间, which quite literally translates to plate and space, was just what many of our friends used after hearing the English name. We thought it might fit, as plates are a common household object with a wide range of applications, so this is how we decided on the names in both English and Chinese. But in the end, PLATESPACE is just the name of the project. Our mission lives in the input and content, as well as through the impact those projects might have on our community. To us, the actual name's meaning becomes less important compared to all that.

CR: You have held quite a fair amount of exhibitions in Beijing. What makes them so interesting are the differing locations they were held in: the first performances, talks and activities started out in an apartment in Beijing {note: the apartment is located inside the historical Duan Qirui courtyard, a now governmental-protected site which has housed the synonymous warlord and premier in the 1920s and has since been transformed into a site for the Renmin University. It was also the where a large part of Jiang Wen’s film “In the Heat of the Sun” was filmed.} Could you tell me about a few of the first projects you did there - such as the clothing exchange by Shao Fengtian? How did PLATESPACE start in this apartment?

PS: The courtyard is a historic compound that is said to have existed since the Yuan Dynasty. We returned to Beijing from abroad in 2017, and settled temporarily in one of the other apartments in the courtyard. At that time, that was a 4-bedroom Soviet-style apartment from the 1950s across the whole top floor of a building. It was really unpractical to carry things up the stairs for shows, and the building had high ceilings. So we decided on a common apartment opposite of the first place on a lower floor for PLATESPACE to make things easier.

The clothing exchange “Six Pieces of Clothing” by Shao Fengtian was one of the first projects in that space. The artist had taught in Sichuan and based their project on a real-life experience: while teaching, they discovered that students would receive donated clothing from folks outside the school. The students would get very excited before each swap, so we decided to invite visitors to swap clothes so that everybody could experience the joy in wearing somebody else’s items.

In total, we planned around ten to fifteen shows back-to-back inside that apartment. Some projects included a chicken coop with a live chicken built inside that apartment, one on multi-dimensional space (宇宙多维空间), and a personal project on an artist’s self-domestication. 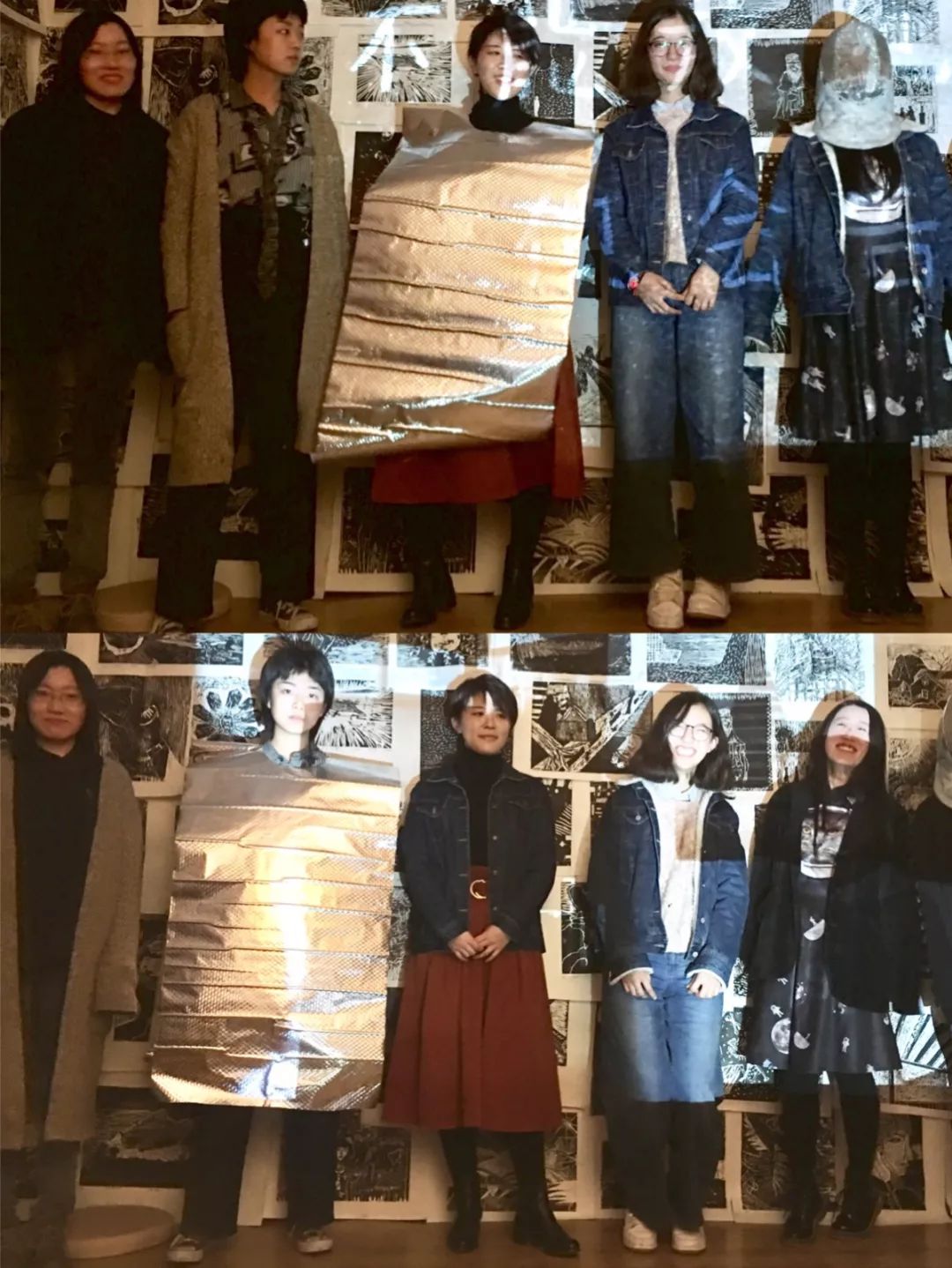 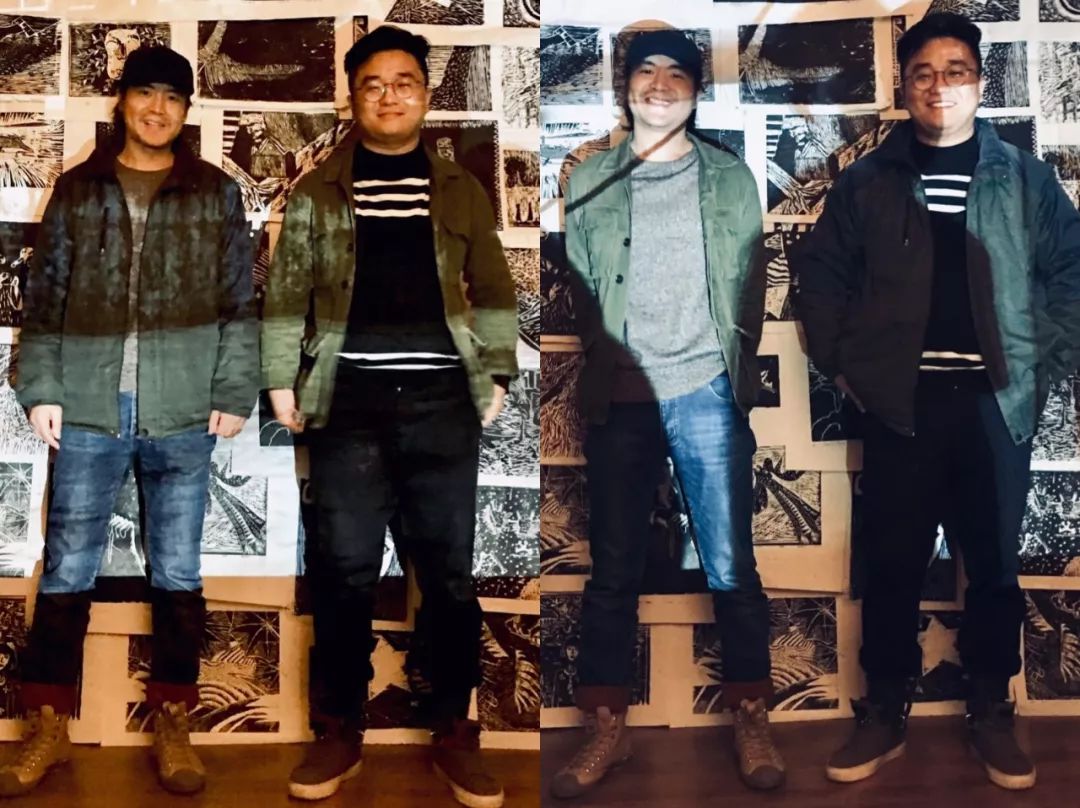 CR: Another location was in the WeWork office in Beijing’s Dongcheng disctrict, next to the MWoods Hutong Museum and the National Art Museum. How did you decide to use this office space as a temporary exhibition space?

PS: Up until now PLATESPACE has existed in three different physical locations. The apartment was the first, then came the WeWork office, and our latest one on a busy street on Guijie, also in the city center. The office space was a converted 9-square meter office encased in four transparent glass walls.

Fittingly, the first show was titled “Transparent Wall” by Xue Ruozhe . The artist dressed a mannequin as a female white-collar worker. She played with the properties of the WeWork office space to mimic and recreate the working conditions of white-collar workers. The mannequin stared at the computer on the desk, monitoring real-time footage from the artist’s mother’s company, creating an echoing form of surveillance.

After this show, we held around a dozen other shows there, all of them tailored to fit the space. Among them were "Ejecta Outta Corner” by Wang Yuchen or the duo exhibition by Feng Zhixuan and Yu Gong, which could be loosely translated to “Northern Scenery”. 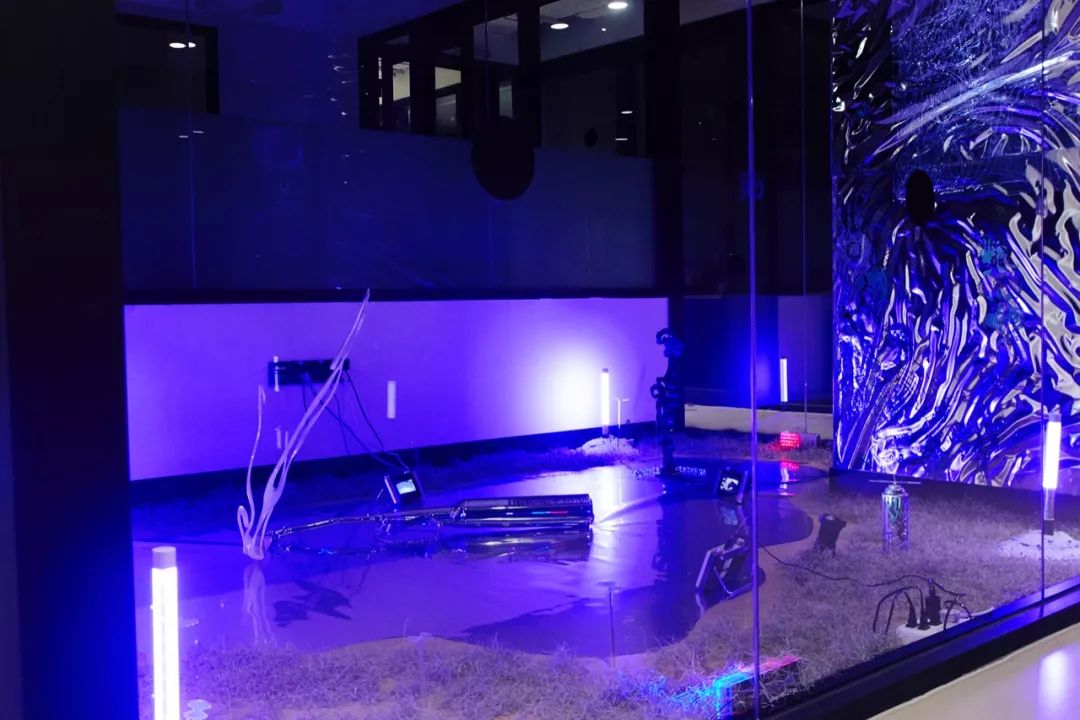 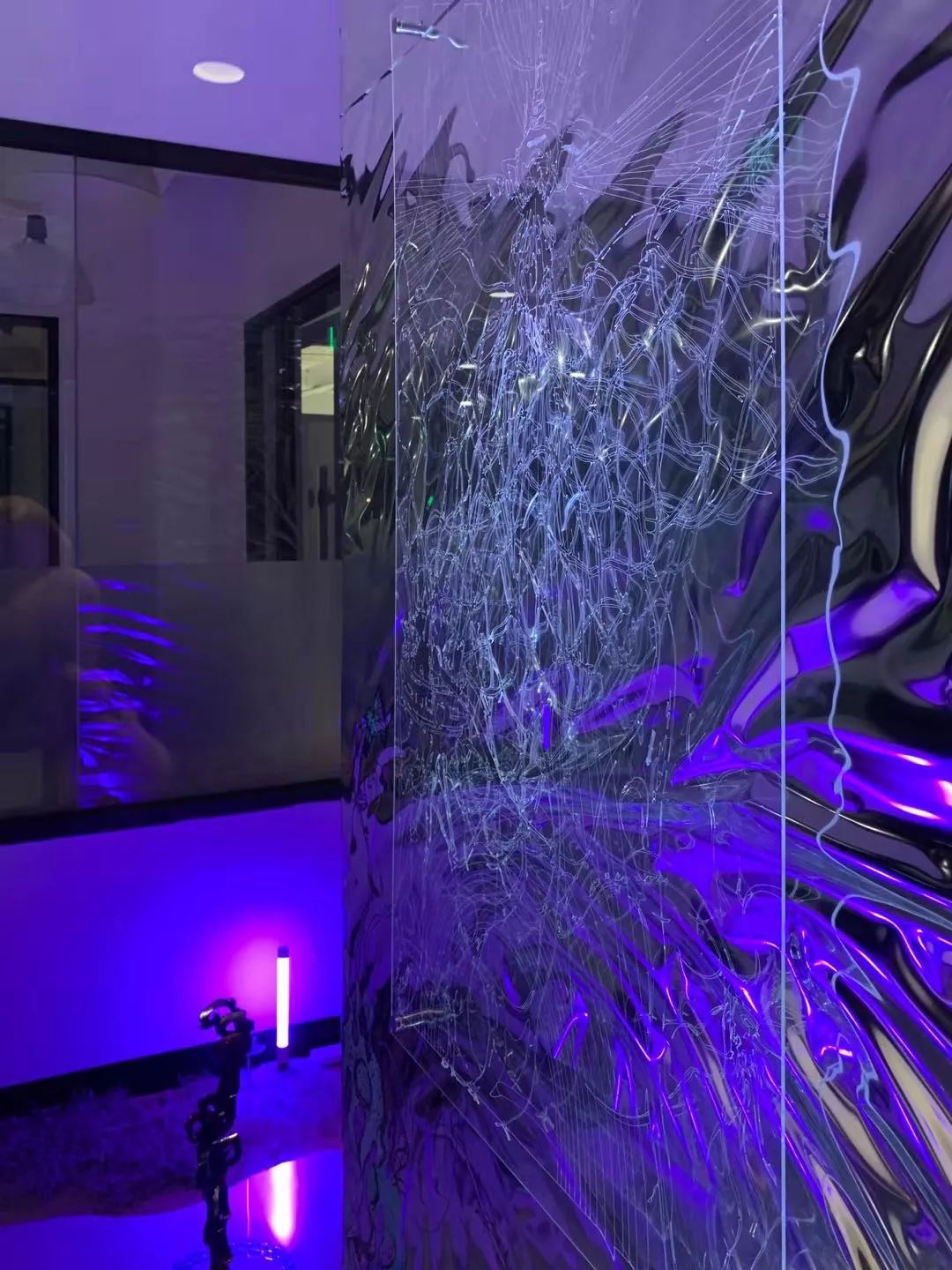 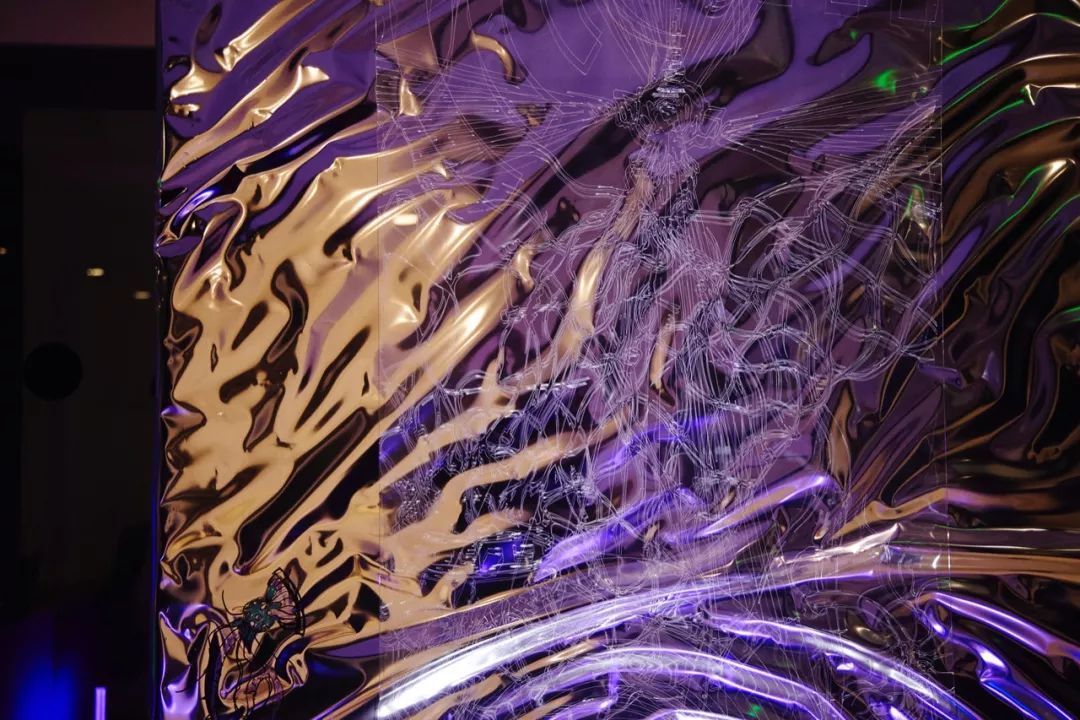 CR: We're really interested in your first collaborative educational project in 2021. Can you tell us a bit about you brought together the artists Chen Tianzhuo, Guan Yun, Ma Haijiao, Wang Yuchen, Xiao Hanqiu, and Zhang Jingya at a school in the region Qumalai in Tibet?

PS: It was pretty straightforward, we wanted to invite the artists to work with the kids. We were hoping to introduce artists to social practices and hoped we could have a positive impact on the children as they grow up, through arts education. Another reason was that being in such unique natural setting and spending time in a different culture would might also bring some new inspiration for us all.

CR: There is also the MountainTalks podcast, which is about the forest school (森林学校) in Sichuan province.

PS: This is a forest school project done by a friend in Ganzi in Sichuan. We are looking forward to a deeper cooperation in the future. For instance, we would like to invite artists to go to the countryside for a residency, exploring sustainable development of rural construction, biodiversity and environmental protection.

CR: This all sounds great. How do you feel is PLATESPACE’s role in Beijing’s larger art scene, in both the independent art scene and the established galleries and museums?

PS: Given that PLATESPACE is growing and trying to survive in Beijing, we would like to explore more ways to experiment with possible forms of cooperation. Given all the rapid changes and everything going on here right now, it is hard to tell.

CR: How have the past three years felt like for PLATESPACE given the ongoing pandemic? Have your visitors changed noticeably due to the closed borders, or the way you were thinking or structuring your shows, or has it been less of a change than expected?

PS: Everything has been so unpredictable, especially since the return of cases, it's been a very worrisome and restrictive situation. But this has been the case for many people and institutions, not just for us. As for the change in audience, we're continuously trying different programming, so our audiences also continues to grow and change.  But, at the same time, as an independent art space or practice, we won’t have too much influence on the mainstream “art consumers.” Our power and influence is limited, and although this space is being co-organized by Liu Chang and me, that's part of why we always invite other collaborators to join forces. It's hard to say how just us two view the trajectory in PLATESPACE’s developments since it relies so much on the input of other members as well. We don't see that changing in the foreseen future, even if everything else is changing.

PS: Based on the experiences in the past 3 years, we are looking forward and are already in the preparations to extend our collaborations! 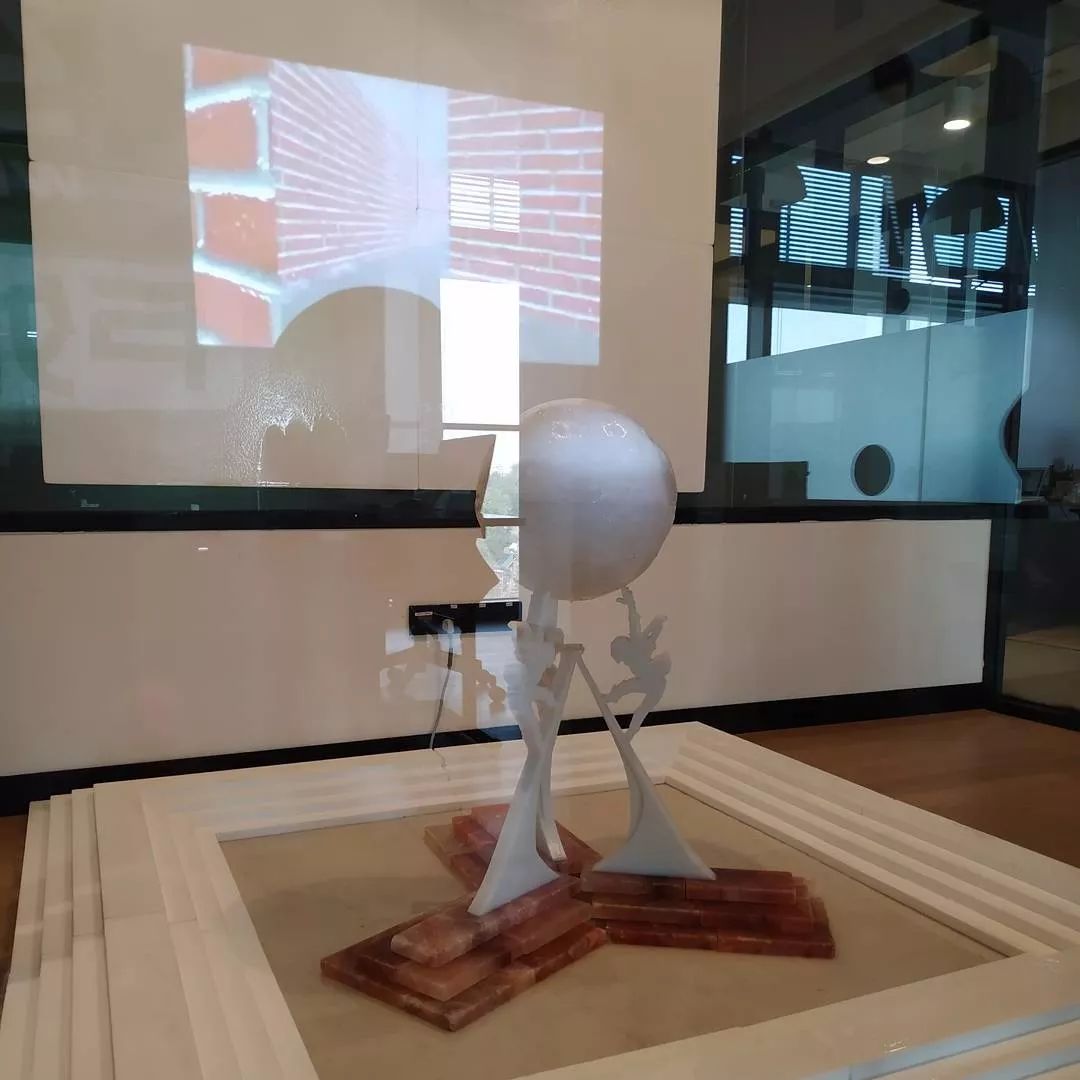 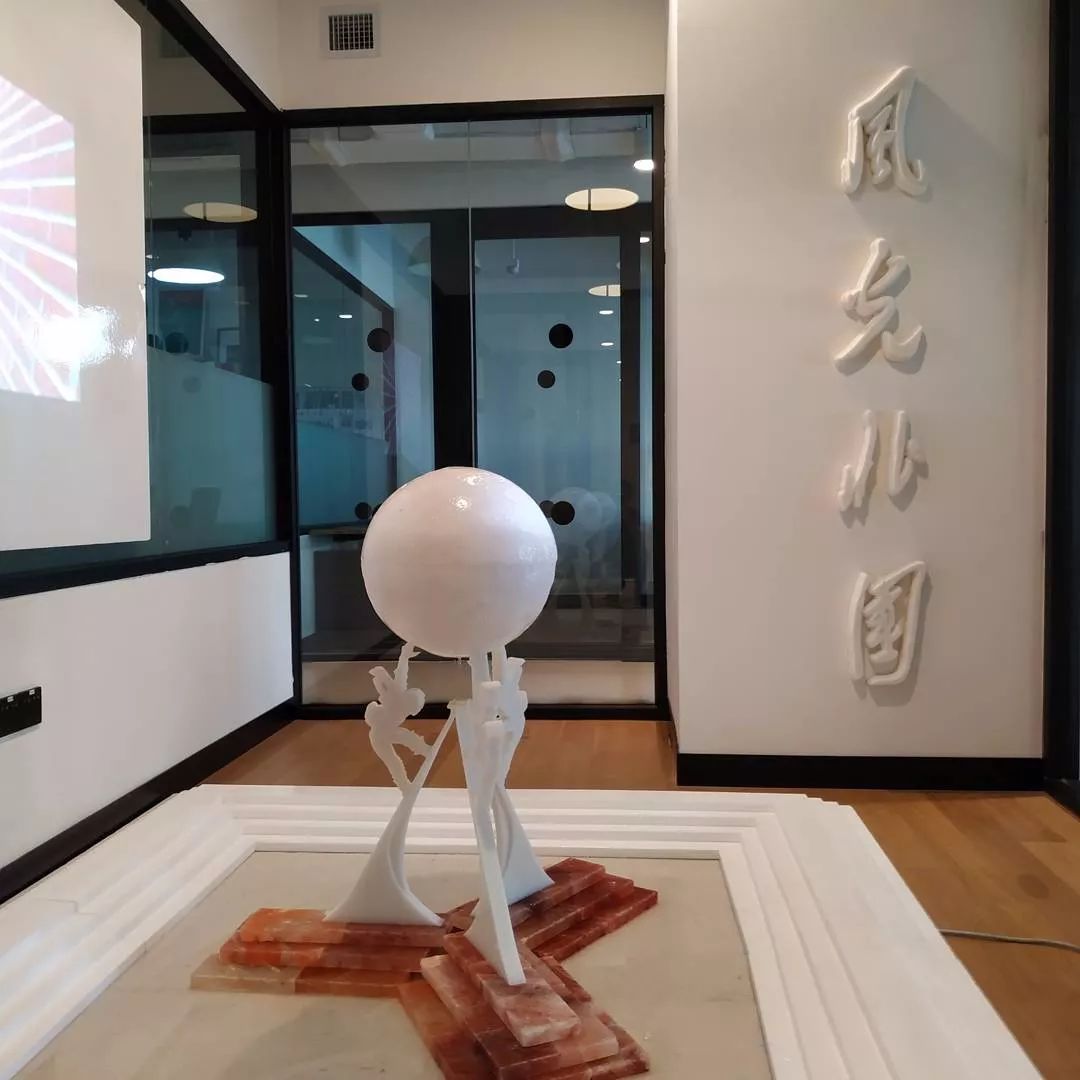 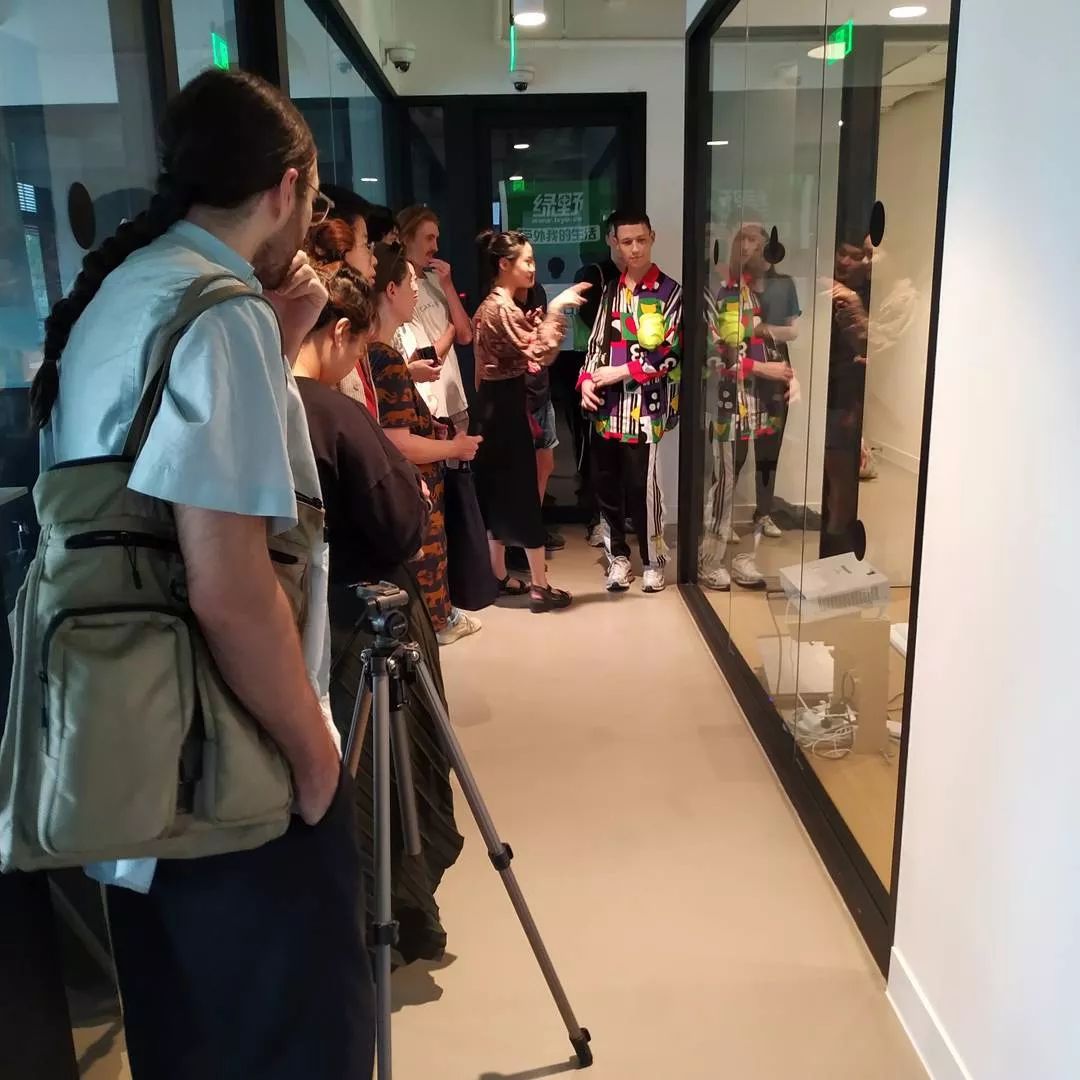 This interview was conducted in Chinese and translated to English by Xiaoyao Xu for China Residencies in April 2022.

With the current pandemic and the ongoing travel restrictions worldwide, people have been finding ways to keep in touch with artists and friends online, since they can't meet up in person. In lieu of our annual research trip, we are revisiting spaces we've met in the past seven years through in depth interviews over WeChat until we can meet again.