Curator, writer, and contributing researcher Rebecca Catching had the opportunity to sit with Huang Yaoxin and learn more about the development of her practice during her time at Open and Fun in Chongming Island.

China Residencies: How did you hear about the residency?

Huang Yaoxin: I heard about it from other artist friends. I also saw it on a platform that introduces residencies in Taiwan.

CR: Did you apply with a specific project idea in mind, or were you looking for inspiration on the spot?

HYX: Before I arrived I looked up some materials about the residency to get some ideas, but I mostly got my inspiration when I arrived.

CR: Tell us a bit about your practice and the project you worked on while you were there?

HYX: In Taiwan, I mainly worked with two-dimensional painting, and also did some design projects.

"The Wind Blows" was the first work I did on Chongming Island. I collected colored ribbons from the trash and tied them to the tree. The ribbons drifted about gaily as the winds whistled through the sky. I did this project as a way to reminds us of the garbage strewn around the countryside. In Chongming, the wind is often filled with the smell of burning garbage despite the ecological status and policies of the island. 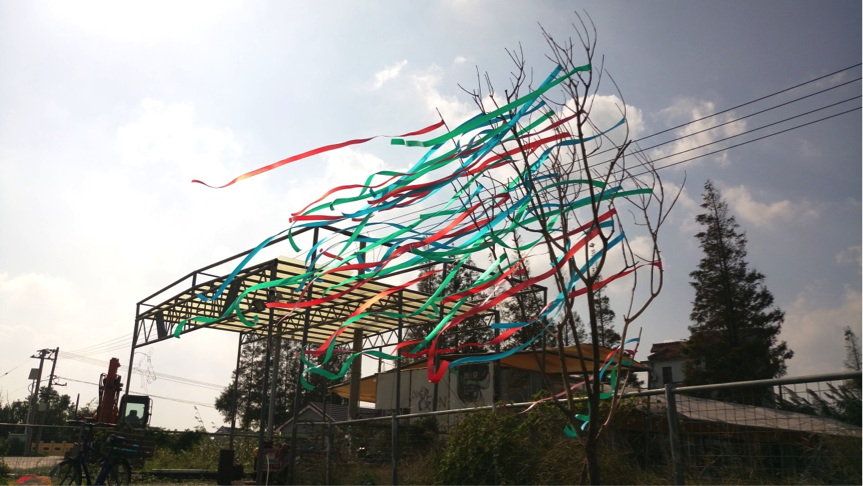 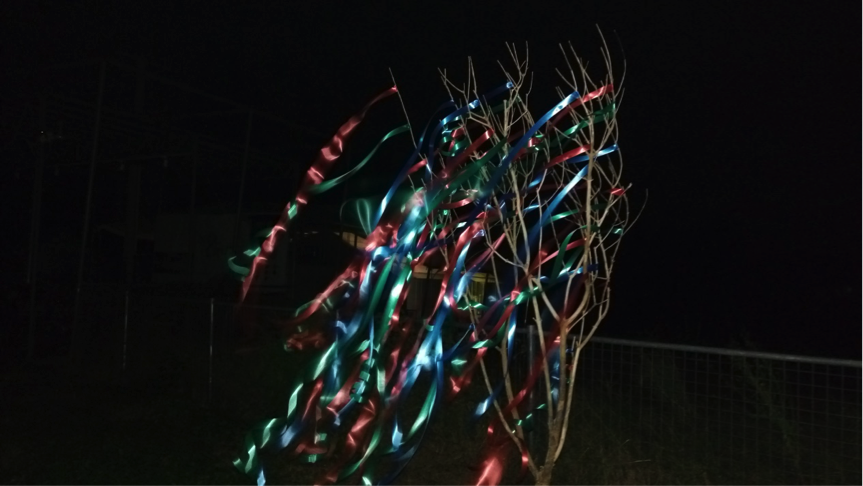 “Night Butterfly” was the second work I did on Chongming Island. I picked up cotton flower branches, the cotton burrs (the outer shell of the cotton flower) and painted them charcoal black, shellacking the inside with a clear varnish. I used this effect to change the original structure of the plant to create a “different species.” The black side of the burr was able to absorb large amounts of heat from the sun during the day and in the night time the interior of the flower glimmered. This light guides the Chongming residents, showing them the way home on the dark country roads, like a butterfly sitting in the middle of a flower or a will-o'-the-wisp. Because of its short flowering period it does not wilt easily which makes it suitable for growing in the studio. 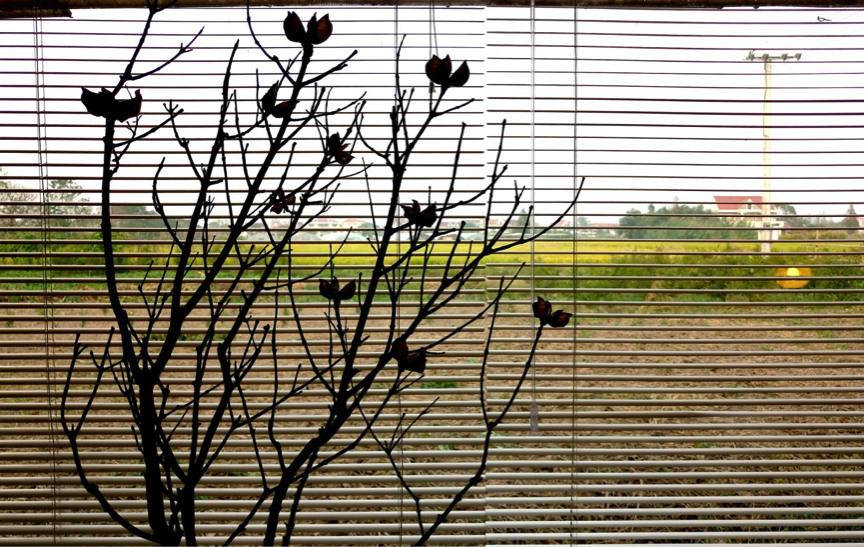 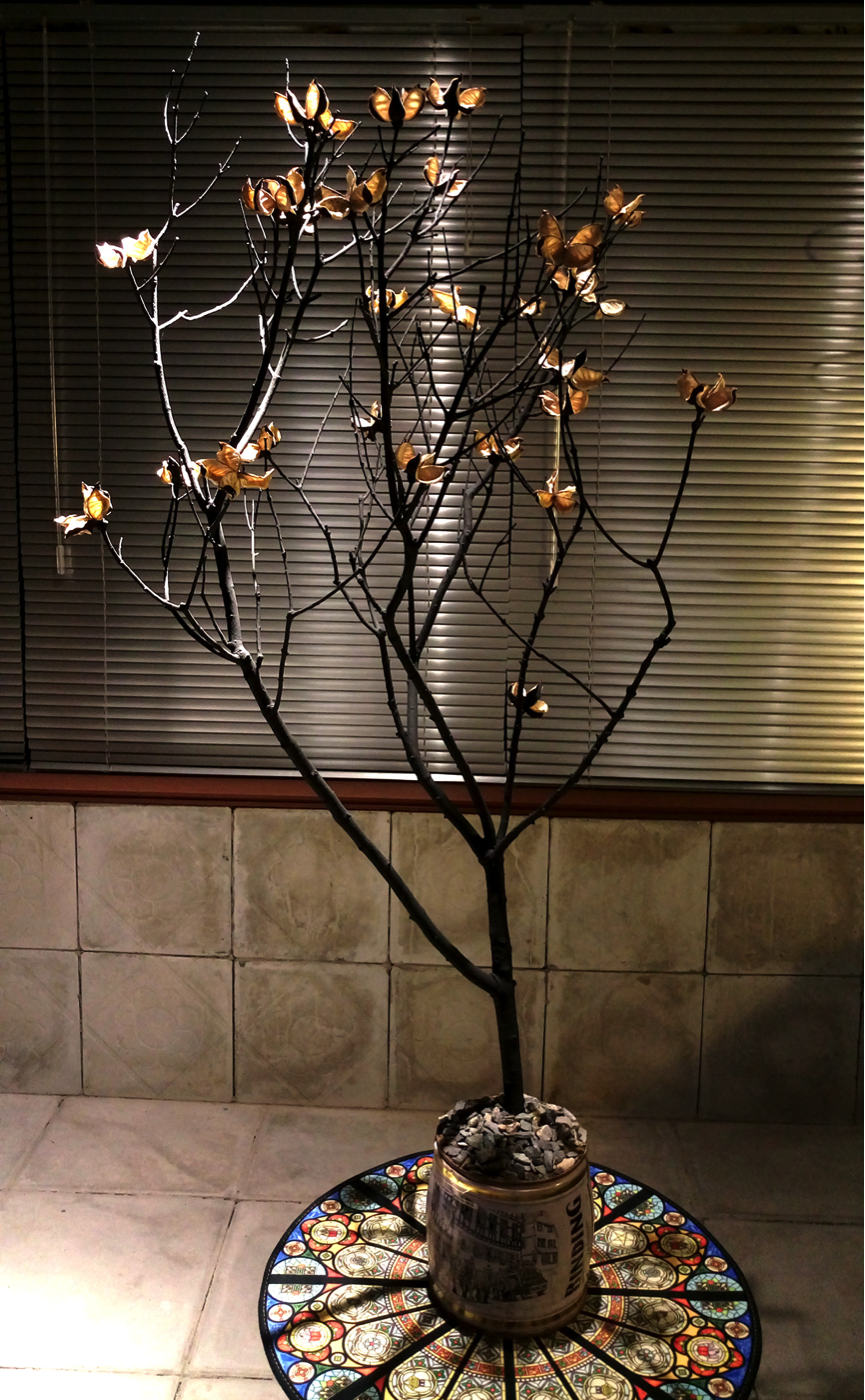 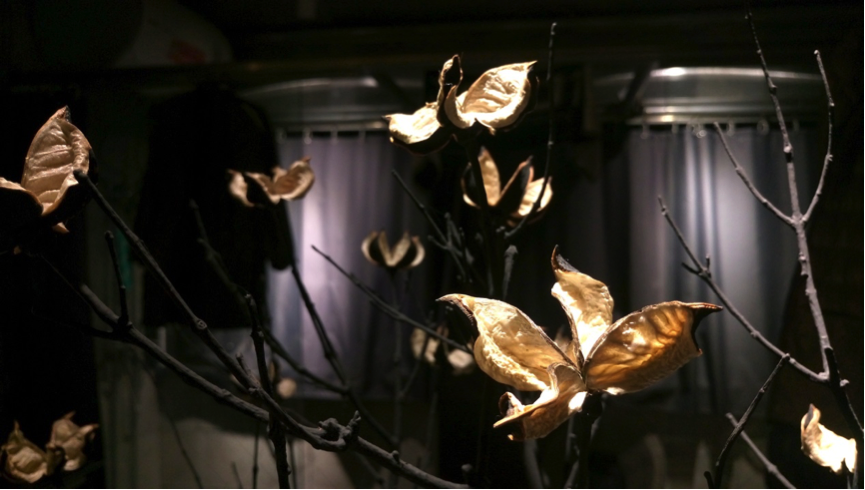 CR: Did your practice change significantly from your time in China?

HYX: It did. After experiencing the cultural and local activities there, I made some site-specific creations. I also did some three-dimensional installations, something that I didn't do so often in the past.

CR: Were there other artists around you? Did collaborations occur?

HYX: There were two artists that I became good friends with. We talked about our creative practice, but did not create works together.

HYX: It is countryside. I was very curious about it and just assumed an attitude of observation at first, but after chatting with people for a few days I felt it was pretty congenial.

CR: Had you been to China before?

HYX: Yes. I often went to Fujian for work, but this was the first time I went to Chongming.

CR: Did you speak any Chinese before coming?

HYX: Chinese is my first language.

HYX: If I have the time and the funding I would really like to explore new possibilities.

CR: What are you working on next?

HYX: I am working on a solo show in Gaoxiong which will take place December 22, 2017.

This interview was conducted by Rebecca Catching in November 2017